Nitrite in drinking water: Do not consume issue solved with Aquamonitrix® 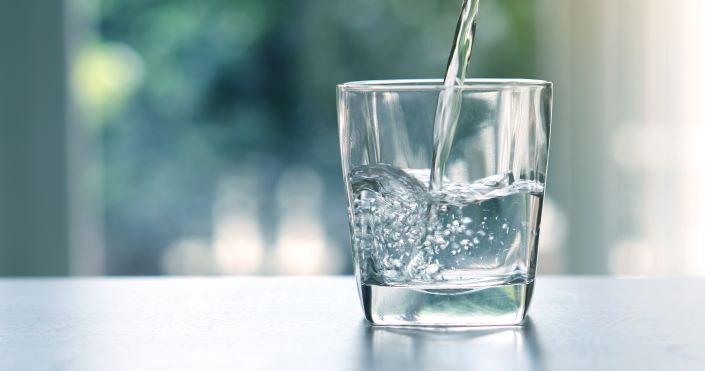 Because nitrite oxidises to nitrate in aerobic environments, it is sometimes assumed not to be an important issue in water quality. But this isn’t always the case.

In mid-2021, we were approached by a water company that had to issue a Do Not Consume notice to consumers. This was due to nitrite exceedances in the treated water leaving one of its smaller treatment plants. The investigation that followed was inconclusive in determining the cause of contamination of the groundwater source..

Following reporting of the exceedances to the environmental regulator, the utility undertook daily monitoring of the treated water for ammonium, nitrite and nitrate – and determined that the Do Not Consume notice should remain until an alarmed continuous nitrite monitor was in place to provide real-time supervision, with an immediate warning should nitrite levels increase again.

The site operator was initially considering a different monitoring device that estimated nitrite levels based on a nitrate measurement. However, Aquamonitrix® was seen as a better option because it measures nitrite directly.

This was a success story all around. The community had its water supply restored, and company no longer had to supply bottled water for drinking, food preparation and dental hygiene.”

Providing an effective solution for the company and consumers

“On becoming aware of the nitrite monitoring capabilities of Aquamonitrix®, the company contacted us, and we were able to help them move forward quickly,” explains Aquamonitrix® Sales Director John McGrath. “As the analyser does not need to be permanently plumbed or wired into place, we were able to have it up, running and delivering results in less than an hour of arriving on site and unboxing the unit.

Over the following weeks, the performance was compared to the results of grab samples analysed for nitrate and nitrite in an accredited laboratory, and Aquamonitrix® achieved an average accuracy of over 95%.

Given the close agreement with laboratory results, and on the basis that there were no further nitrite exceedances, after six weeks monitoring with Aquamonitrix® and consultation and agreement with the Health Authority, the company was in a position to lift the Do Not Consume notice.

“This was a success story all around,” McGrath says. “After the Do Not Consume notice having been in place for a total of 22 weeks, the community of 200 water customers had its water supply restored, and company no longer had to supply bottled water for drinking, food preparation and dental hygiene.” 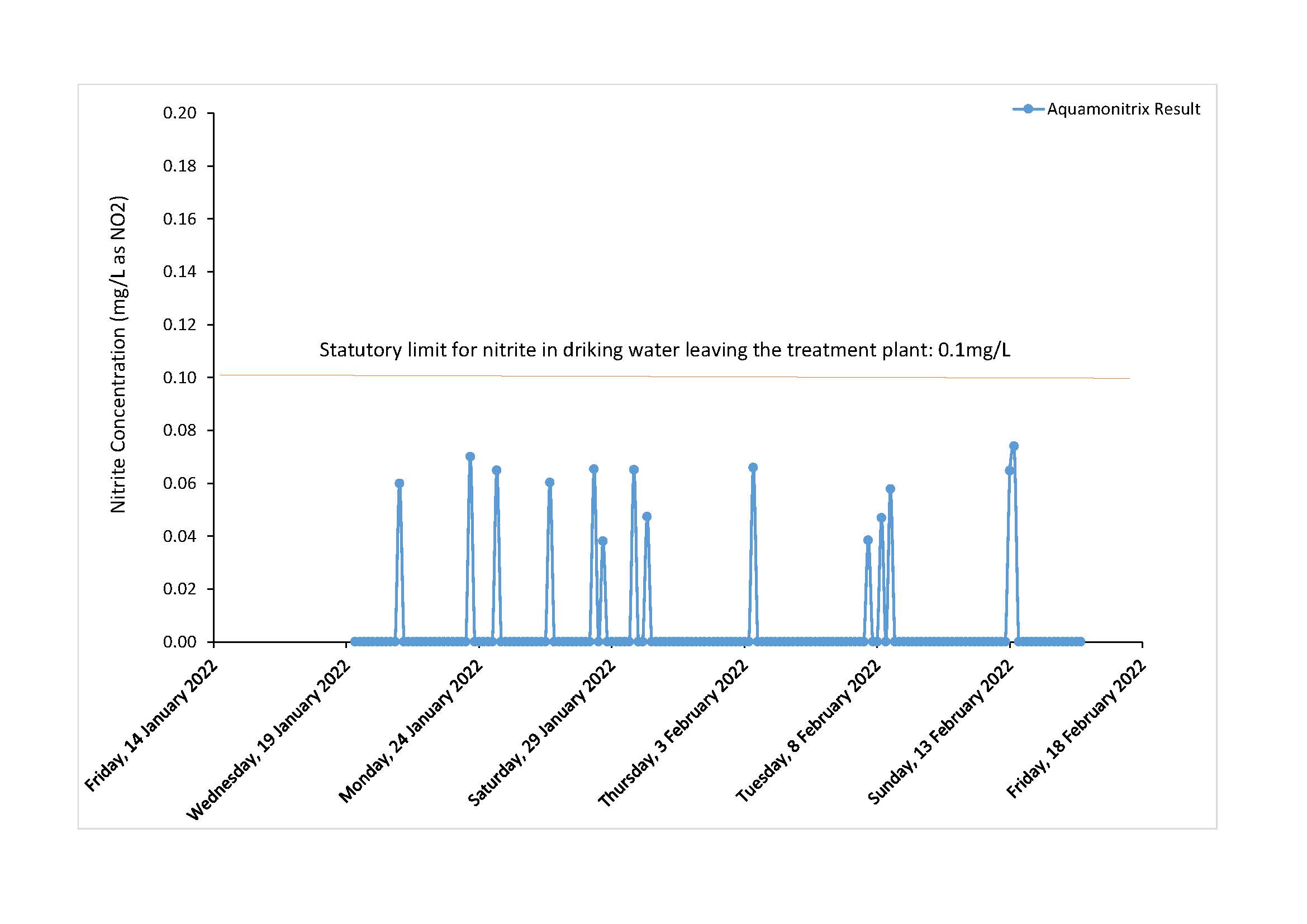 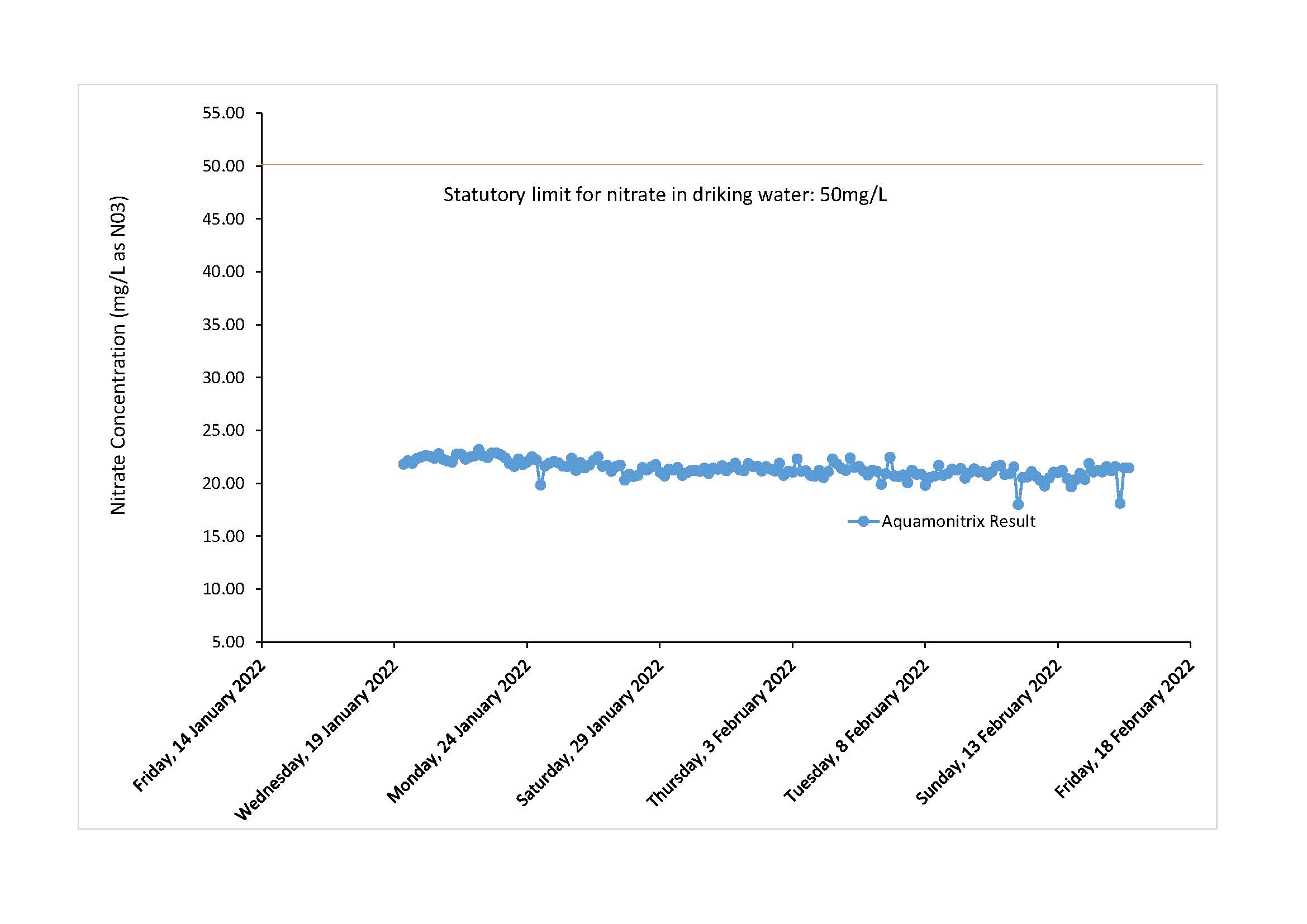 Rather than simply using UV or UV-LED detection and relying on algorithms to provide corrections and compensations for interference, Aquamonitrix® adds the separation capabilities of rapid ion chromatography to UV-LED detection. This is a key differentiator underpinning the superior accuracy and specificity of nitrite (and nitrate) detection – and its robustness in real-world monitoring environments.

Key to the chromatography separation step is the greater ionic attraction of the nitrate ions, which slows their movement through the column, meaning that the nitrite ions reach the detector first. This allows both anions to be measured approximately 2 minutes apart, providing unrivalled accuracy and specificity.

The chromatography column also acts as a ‘trap’ for organics, colour, turbidity and other sources of interference. This is particularly important in wastewater and aquaculture environments. But even in freshwater, it eliminates the potential impact of air bubbles and condensation, which can adversely affect standard analysers based on UV, UV-LED or other forms of optical and colorimetric detection.

Graphic illustration of the anion separation step (below left) and a chromatograph (below right) for both nitrogen anions.

“Using Aquamonitrix® in tandem with our proprietary Datamonitrix data management system, a utility can supervise nitrate and nitrite levels in real-time, remotely via PC, any time anywhere, and receive an instantaneous alarm if set limits are breached, McGrath adds. “Analyser self-diagnosis data are also sent to the Datamonitrix platform, ensuring that there can be 100% confidence in readings and any intervention required can be addressed immediately. “

“If a water company needs to install a continuous monitor at the outlet of a drinking water treatment plant, then it makes sense for them to choose the Aquamonitrix® nitrate and nitrite analyser rather than a standard system that can just measure nitrate. Even if nitrite isn’t currently an issue in treated drinking water, there are no additional costs or burdens associated with the simultaneous measurement, and the utility is future-proofed should nitrite become an issue down the line.”

In addition to statutory limits monitoring, Aquamonitrix® can provide an effective real-time nitrate and nitrite monitoring solution for water companies using chloramines for secondary disinfection if they are concerned about possible nitrification in the distribution system.

Aquamonitrix® is easily portable, and the new ‘unplugged’ version allows for monitoring even where there is no power source – anywhere within the system  – from the catchment or groundwater source right to the customer’s tap